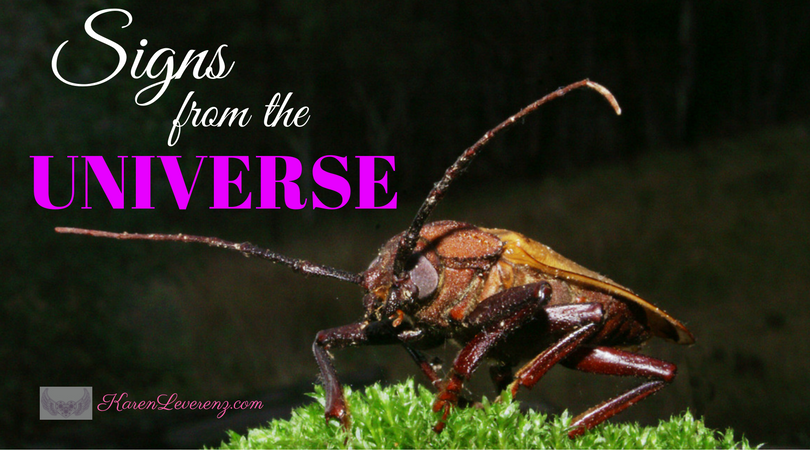 I was on skype to a mentor the other day and suddenly my son let out a piercing scream and started crying. ‘Look mummy’ he shouted, pointing at presumably the first cockroach he had ever seen scurrying across the kitchen floor.

‘He’s only a cockroach bubba, mummy will help him get outside in a minute’, I reassured him.

I’m pretty sure this is the cockroach that had travelled here in a box of my old toys given to us by my dad. I’d never seen a cockroach in the house until then, and I’d already put him outside once.

When I got off Skype he had disappeared.

A few days later I saw him on the window sill as I was doing the dishes.

I started thinking about what this meant.

I knew cockroaches were very resilient and survivors, having been around since at least the dinosaurs, so very wise and adaptable creatures they must be.

I thanked the Universe for the wisdom and courage and the reminder to be resilient and adaptable.

Suddenly he dropped down and landed soft side up on his back, legs scurrying in the air as he tried to turn himself over. Then he just resigned and sat there.  I grabbed a spoon and picked him up and put him outside, again, in the garden.

Later on, I was thinking about this avid survivor and how he had got himself in trouble by landing on his back and was unable to flip himself over.

He quickly stopped the struggle when he realised it was pointless. He stopped consuming his energy and just lay there surrendering.

He gave up the control and accepted his fate and in doing so put his trust in the Universe. And the Universe had his back.

He gave up the struggle and accepted his fate whatever it may be and he was looked after that day.

There is a lesson in that for all of us. By surrendering to what is happening right now and just Trusting all will work out, we allow miracles to happen.

When working with Signs from the Universe, remember this is not the only interpretation of this sign, listen closely to your own intuition and if you strongly intuite another meaning, then this meaning is for you.

I’d love to hear about your experience with Cockroaches and the interpretation and meaning it had for you, please share with me in the comments